Knowing When to Rest

As I sit here trying to fight off the effects of whatever illness my body has succumbed to, I reflect upon the thought that perhaps, in spite of this being a time that my running should be going full force, sometimes rest is what is called for.

I do feel a bit uneasy about being this close to Bandera and having to take some time off, but I also know that if I don't listen to the body, it will fail me down the road.

For the time being, I will enjoy the hot tea, comfort foods, and couch time with the family as soon enough, I will be donning those running spats once again and putting more tracks in the dirt.

Up next weekend is a 19 miler on Saturday and the weekend after is Texas Trails 50K.  I am planning to change a few things up as far as gear and nutrition goes.  These two runs will give me a chance to test out some options before Bandera and Rocky.

Now back to planning our first Vegan Thanksgiving...
Posted by K at 9:21 PM 3 comments: Links to this post 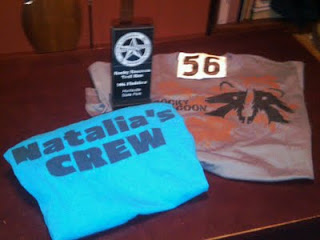 This Saturday was my first long distance run of the season and proved to be a great time.  The few days leading up to the race were full of heart ache as we lost three beautiful women to cancer.

Mark and I took the kids to Lake Livingston for a few days as we had planned to before the passing of our friends.  This meant we were not able to attend the services for them.  We were able to attend the rosary for Natalia, and I am so grateful that we could.

I had planned to run RR in honor of 16 year Natalia a few weeks ago when she was dealing with a pretty serious lung infection.  There had been a few prayer vigils that I participated in and I felt that this was one more way that I could pray for her healing.

Well, Natalia received the ultimate healing, quite unexpectedly.  I still felt it important to run RR in her memory as well as the memory of Kelly and Linda who had also passed away within days of Natalia.

The morning was chilly, but temps were expected to hit the 80's by the afternoon. I met a fellow blogger that I have followed for a couple of years which was a really nice treat!  He was running his first 50K and did very well.

The first loop went well.  The pack of runners stayed together the first hour as it was dark for most of that time.  It was so pleasant running with everyone and enjoying the company.  It also helped me with my goal of slowing things down a bit for the first loop.  The only real concern was that I was trying something new on this race, a big no-no, but a necessary one I had to take a chance with.

Ever since going to a vegan diet, the Gu and the Accelerade seems to really be tearing up my stomach.  I had heard about coconut water and yet was not able to locate it anywhere locally.  On Friday night, the night before the race, I happened to accidentally notice it at our local Kroger.  I picked it up and decided to give it a go.  I had also ordered Honey Stingers which aren't officially vegan, I don't feel too bad about using as no animal fat is in the product.  I had played with them on a few of my long runs recently, so I knew they were ok to use.

The first loop I used the coconut water.  It was very pleasant tasting and I had no issues to speak of.  I felt energetic and light on my feet.  Things were going well.  I happened to hit a tree root and took my first fall ever in HSP.  My initial reaction was, "Did anyone see that?!"  No one did, although a very nice man, Dwight from College Station, came upon me and figured out pretty quick that I had a pretty good tumble.  He looked me over and in spite of the intense pain in my knee, I ran through the pain thinking of the sweet face of Natalia looking down on me.  The pain left quickly and I was able to complete my first loop in 2:49.  A huge difference from my last 50K (3:10).

I came to the start/finish to refill my camelbak.  Mark and Lem were there to cheer me on and help me out.  Mark spoon fed me my avocado.  It was heavenly.  Honestly, it tasted like ice cream!  He refilled my pack with the Accelerade that I had already prepared.  It was my hope that having to run only the 2nd loop with the Accelerade would ward off stomach issues.

Within 10 mins of beginning to drink the stuff, my stomach started revolting.  It was like nothing I have ever experienced in running before.  I am always up for something new, but really, I could have done without this...

The further into the loop I got, the worse the symptoms seemed to be.  At some points it felt like the running would make it worse so I would walk.  A wonderful lady stayed with me and talked with me which helped take my mind off of things for awhile, but eventually, I had to slow down again and take the last 4 or 5 miles much slower than I had hoped to.  I was never so happy to see a port-a-potty as I was the moment I crossed the finish line!  The 2nd loop time was 3:25.  Fairly disappointing, but overall, I was happy with the outcome. 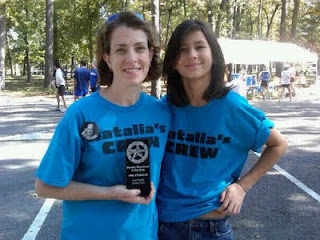 I am so happy to have had the opportunity to have run in Natalia's honor.  She was a remarkable young lady that I have learned so much from.
Posted by K at 8:59 PM 4 comments: Links to this post

Though my running paces have become quicker and more consistent, I do not feel at all prepared for this upcoming racing season.  I have been focused on things larger than running.

I will run Rocky Raccoon this coming Saturday (the 50K) and then make same decisions regarding the rest of the season.

I hope to do well at Rocky, not for myself, but for the two ladies I am running in memory of.
Posted by K at 7:43 AM 2 comments: Links to this post 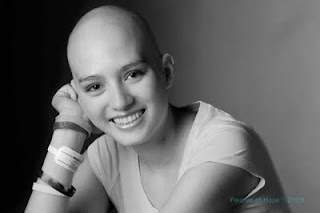 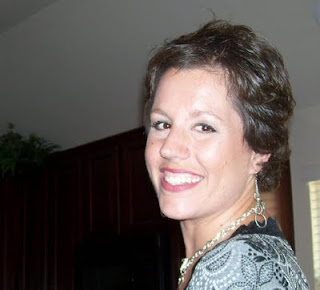 Two of the bravest ladies I know gained their eternal lives this week.  Grant unto them O Lord, your eternal peace!
Posted by K at 7:40 AM No comments: Links to this post